I was at a museum in Florence, Italy. It was filled with artworks I had studied in Art history. I must have been looking at the works for 4 hours or so. After sometime I began to feel weary. It was not the walking and the amount of information that my brain had to digest all at once. I had a strong desire to see my self. I wanted a mirror . This felt strange. Strange because being an artist myself and having studied art history, I should have not have felt so vain in the presence of such greatness and master artworks. This led me to think that I should make a series of mirrors. At least people would get a chance to look at themselves when they see my show!

My work looks like a décor piece. When hung in a home it may just pass as a usual Victorian influenced Indian mirror. In Indian Vaastu a mirror should be placed at the entrance of a home to ward of evil eye. So, a visitor to the home may just look at this artwork as a decorative piece or an instrument of magic. I like putting my works in places where they almost pass off as a mass-produced decorative object.

The mirror is the means of achieving social acceptance by enhancing ones’ appearance, which also serves to enhance sexual attractiveness. This, to me is one the primary driving force of economy. Of what is bought and sold.

The color Red: This work has the aesthetics I saw at the Durga temple in Varanasi. I was struck by the redness of the temple……… the deep red with its floral motifs and the Giant Georgia O Keefe type Red flower at the back side the temple where the devotees touch their head as a mark of respect to the motif made me think of it as the female version of the Lingam (The male phallic icon used to symbolize Shiva)

Iconography and Serpents: Right next to this temple was a “Mela” (a fair ground) tents with shows were being advertised with Serpent “Item girls” (NAGINS). An “Item number” or an “Item song”, in Indian cinema, is a musical performance that has little to do with the film in which it appears. It is typically a catchy, upbeat, often sexually provocative dance sequence for a song in a movie that increases the marketability of the film. An “Item girl” is the woman who dances to such songs. (wikipedia)

The images or experiences I have had/ seen in such diverse situations merge in my works. In this particular case the place was the same – Varanasi… the holiest place for Hindus. The serpent, or snake, is one of the oldest and most widespread mythological symbols. Traditional Indian sculptures present flare hooded (sometimes multi-headed) nāgas as guardians of temples or other premises. I have used this iconography in this work.

Serpents, represent to me: Sexual desire, death, rebirth, kundalini (a coiled serpent of pure desire and energy in all of us), wisdom, guardians of The Sacred. I have used my “Kama” diety again as Dwarapalakas ( guardians of door) at either side. This type of composition is very traditional.

This work is an amalgamation of the events and experiences that I have had, of works I have done before … it is hard to describe in a clear linear way on how or why I arrived at this work. It is as if the flashes of experiences and thoughts came together to make this work. Realizing this way at arriving at a work has been a thought that will stay with me as I go forward. 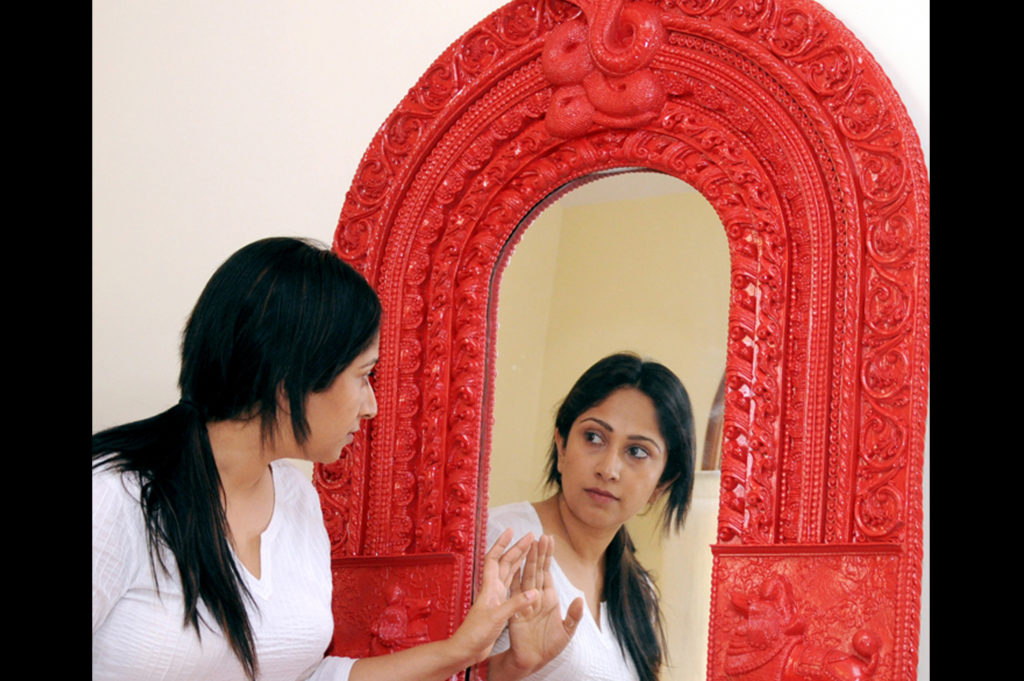 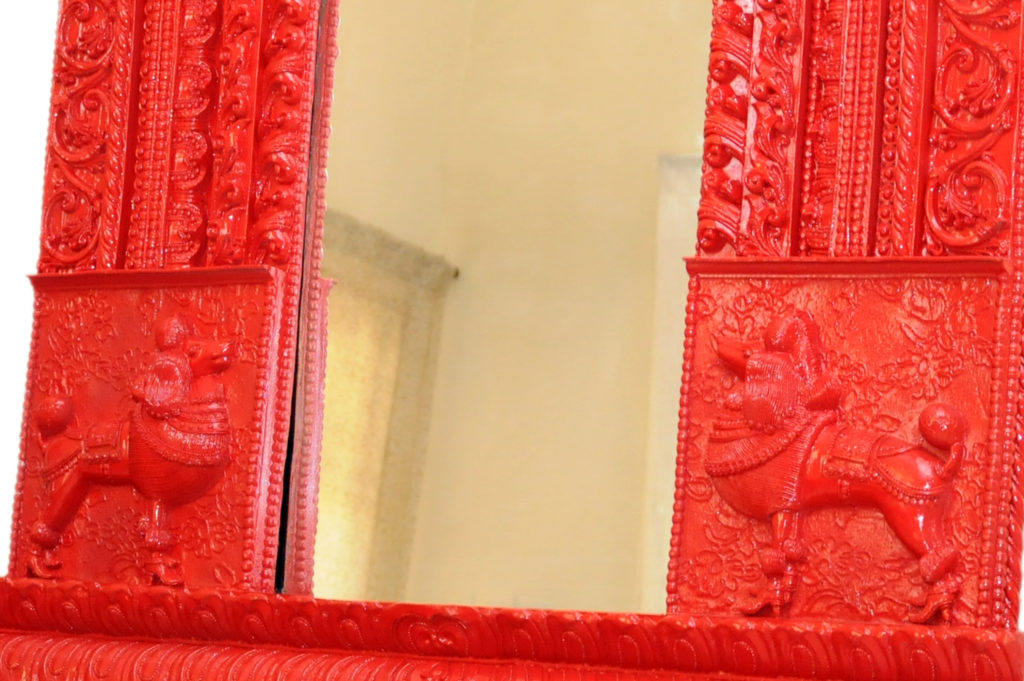 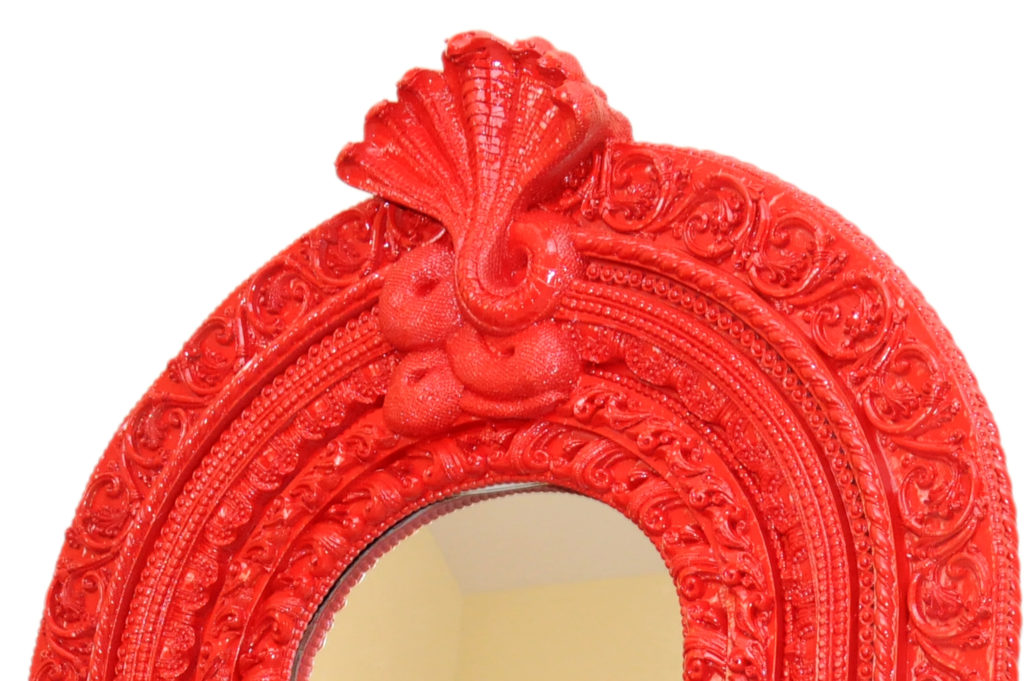